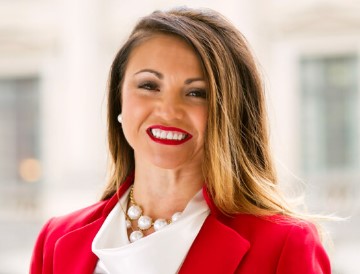 Lyndsey D. Dilks is an attorney with roots in Gillett, Arkansas. In 1993, she was selected to be part of the charter class of the Arkansas School of Mathematics and Sciences, which was the state’s first and only magnet boarding school. She graduated early from the University of Arkansas in 1998, with a Bachelor’s degree in Transportation Logistics. After spending several years working in the transportation industry in Memphis, Tennessee, she returned to Arkansas and completed her law degree at the University of Arkansas at Little Rock’s William H. Bowen School of Law in 2006.

While studying law, Ms. Dilks had the opportunity to study international transportation law in Guadalajara, Mexico. She also served as a law clerk for the United States Department of Transportation, which brought her to Atlanta, Georgia, and Washington D.C. However, her true passion was discovered during a bankruptcy class. She was recognized by her bankruptcy professor and nominated for the American College of Bankruptcy’s Distinguished Student Award for the 8th Circuit. After graduation, she served as a Professional Law Clerk for the Honorable Audrey R. Evans, Chief United States Bankruptcy Judge for the Eastern and Western Districts of Arkansas.

After completing her clerkship, Ms. Dilks joined a private law firm and represented thousands of clients in south Arkansas, primarily in the Pine Bluff area. In 2008, she was recruited by the owner of a larger law firm